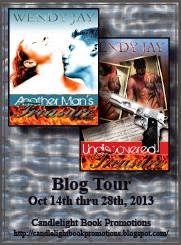 I live in Northern NH, in my hometown. I have enjoyed reading and writing since I was a young child and wrote poetry since I can remember. Through my school years, I took every opportunity to take a literature or creative writing class. I worked in finance for 28+ years until Feb. 2012 when the company downsized and I lost my job. The opportunity to pursue a lifelong dream of writing a novel came about when a Facebook friend encouraged me to try after reading a couple blurbs I spit out upon being asked some advice! I took my vivid imagination, my gift of words which I attribute to God, and wrote my first novel Another Man's Treasure. Admittedly, I fell in love with my own characters and continued their story with my second novel Undiscovered Treasure.

I write romance/erotica and at some point in the future want to try my hand at paranormal and adventure/action. My biggest inspiration is my sister Jennifer. She has stood behind me all the way and given me so much emotional support. Along with her, I have some amazing friends who I refer to as "my cheerleaders". They keep me motivated along my writing adventure. When I am not writing, I have to admit I am an electronic junkie. If it has a push button, I either have it or want it! 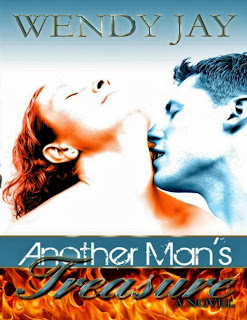 Jude Delaney…A dark haired Adonis with a slightly kinky side. He fell in love with a red haired beauty in high school, only to have her torn from him and sent away. Miranda, his first love…his only love.

Miranda Jones…A sassy red-head. She takes charge of her life and runs from her abusive ex-boyfriend, Hank Castile. Leaving California behind, Miranda moves back home…and right into Jude’s loving arms. Two best friends…Both determined to protect this woman at all costs. Will Jude and Ross have what it takes to save Miranda from Hank Castile…the man who abused her and now wants her dead?

Jude looked in the rearview mirror at the old farmhouse. He loved that old house where Grandpa Joe lived, where he was raised and eventually where Jude was raised. The town named the road after Grandpa Joe because at one time he owned most of the land surrounding it. He sold off parcels of land to local folks who wanted to build homes and start families. He loved family above all else, especially his grandson, Jude. Before he died, he gave Jude the deed to the farmhouse. His Grandpa’s words stayed with Jude all these years. “Jude, don’t ever sell this parcel of land. Keep it in the Delaney family.”

True to his word, Jude kept the farmhouse, moved in right after college and made the necessary repairs. The house was pretty big for a single guy, but if it was important to Grandpa, then it was important to him. After all, Grandpa Joe had raised him since he was 12 and he owed his life to him. Memories of Grandpa Joe always brought a smile to Jude’s face. Lost in thought, Jude flew past the Jones’ house at a rate of speed that would have brought a hefty fine if he had been caught.

Who the fuck is that? Looking over his sunglasses in the rearview mirror, he saw a redhead amidst a cloud of dust and dirt yelling obscenities and flailing her arms.