Catching Up on Life

So, the Hubby is watching Top Gun for the cajillionth time (after fifteen years together I only just found out that movie was responsible for his fascination with jets! Go figure...) and I'm feeling a little bit self-satisfied. After taking the Beansie Pup for a nice long walk, I just scheduled a whack of blog posts and realized that unless another blog hop comes my way, I'm all caught up to the end of February!

I joined a few group blogs last year, and this, my personal blog, fell to the wayside because of it. I'm at Darker Temptations, Beyond the Veil and The Cabal of Hotness, but when my awesome pal Lea Barrymire asked if I wanted to participate in tours put on by Candlelight Promotions, I couldn't resist. So, in the coming weeks I'm welcoming Lea Barrymire's Bound at the Ball blog hop (February 6th), Indie Book Covers hop (February 11th) and the amazing Cara Carnes (February 20th). It'll be lots of fun, and they all include giveaways, so come on by!

Although January seems to have flown by, it also seems as thought February is taking FOREVER to get here. Why am I excited about it? Because on the sixth this will be available: 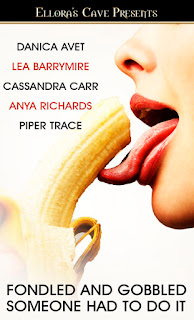 And, if that weren't enough, on the twenty-second, this comes out: 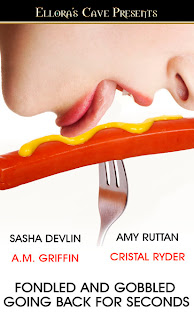 Then, on the last day of February I'll also be making available a freebie here on my blog. It's an oldie but goodie, recently revamped, called Cupid, Be Mine, and a winner of the Love is in the Air blog hop will win the chance to be the first to read it, before it's made public (along with other awesome prizes). If you want a chance to be that lucky winner, look out for the hop at some of your favorite blog sites.

Hope the coming week is a wonderful one for you, and you'll come back to see what other craziness is happening here at The Journey Continues.
Posted by Anya Richards at 11:32 AM No comments:

Unfortunately it's not Friday afternoon, but it'll be soon enough (she says hopefully). I woke up to some sooper secret probably good news from a friend...I have fingers, toes, eyes and bra straps crossed for her. No one I know deserves to get good news more than her!

I had a weird thing happen on the bus this morning...I fell in lust with a pair of legs. Now, you'd be forgiven for thinking that impossible at this time of year, when we're all bundled up like Inuit, but this guy was on the bus in a pair of jeans and a hip-length woollen coat. I glanced down and, YOWSAH! The jeans were well enough worn that I could see he had nice, thick thighs, but not fat, just obviously muscular and well defined calves. That hasn't happened to me in a while, that instinctive rush of interest, so it was a nice way to start the day!

Happy Friday!
Posted by Anya Richards at 6:17 AM No comments:

Today was so cold I could hardly breathe. Funny how one relatively warm winter will totally screw you up, making you forget what the really cold ones are like. I think it was the first time I was not just willing but determined to get to work a few minutes late because it would drastically cut back the amount of time I had to spend at the bus stop.

Thank goodness I don't have to go back out there until Thursday. Besides walking the Beansie pup, I'm staying in tomorrow! I have lots of work to do anyway. My new business Grammar Goggles, is going gangbusters. After years of being asked when I was officially getting back into the editing game, I finally decided to do it. It's been awesome. I've met and read/edited the work of some amazing authors and I'm loving every minute. Look out for the Grammar Goggles blog tour, coming at the end of the month and running for a few weeks. I might even host myself LOL!

Stay warm, all you people suffering like we are here. And DAMN YOU to those with above zero temperatures! :) Just kidding...but send up some warmth, will yah?
Posted by Anya Richards at 6:26 PM No comments:

Hold that Modem and Curb your imagination!

So my good friend Amy Ruttan told me a couple of days ago that she'd dreamed about zombies, which kind of grossed me out. I'm not one of those people who find the concept of zombies fascinating. In fact I'd go so far as to say the thought of them grosses me out. Yes, I know...vampires are undead too, so if they can be considered sexy, why can't zombies? Umm, no. I don't care how you rewrite the zombie mythos, there's still that whole decay-and-something-may-drop-off issue that I just can't get past. Let's not even touch the brain-eating aspect of it!

So, anyway, Amy dreams of zombies and then last night our internet goes dead. Nothing in, nothing out. I jump on my phone to see if I can pick up messages that way...nada. Huh. Interesting. Well, I went on working, but there was this little niggle of worry in the back of my mind. What the hell was going on? Had the zombie apocalypse actually started? After all, Amy's a little bit psychic!

It was then it struck me just how dependent I am on the internet to know about what's happening in the world. That made me shake my head, considering I didn't even own a computer or have an email address until 1998. Up to that point I gathered info from the newspaper, television, telephone or by going out and seeing stuff for myself. Fourteen years later I'm an internet addict who can hardly bear to be without the ability to go on line.

I'm not sure what to do about it, if anything. A lot of my business is transacted online and it pays (literally and figuratively) to stay connected. Yet how much is too much, even under those circumstances? Something to think about...
Posted by Anya Richards at 4:10 AM No comments:

Today I'm over at the Cabal of Hotness introducing myself to the unsuspected crowds...stop by and say "Hi" and comment for a chance to win prizes and make friends LOL! 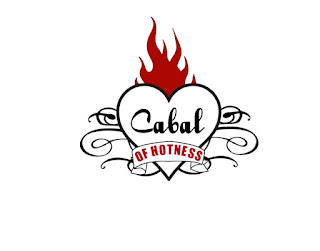 Posted by Anya Richards at 8:05 AM No comments: