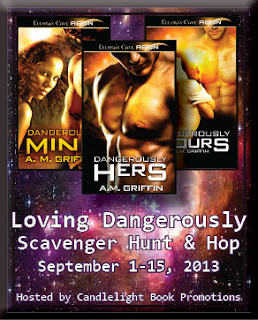 I guess from that quote you can guess my favorite sci-fi series. I'm a Trekker and have been for a long time. My favorite of all the franchises is Star Trek, The Next Generation and my favorite character? Worf. He started out as the on-board barbarian, so to speak, but his story arc just kept getting better and better. So many layers to that warrior soul! *sigh* I still love him.

And the thing with that series is that so much of what was science fiction in the original series, and even some of the newer ones, is now science fact. Such forethought is, in my opinion, what makes for really good science fiction. As a reader or viewer I want to be able to imagine what is happening could actually become reality, allowing me to immerse myself in the book or show. There was a joke back in the 90's, when the series Babylon 5 had fans as rabid as we Trekkers are. Someone said the difference between the B5 fans and Trekkers was that while Babylon 5 fans thought that world could someday exist, Trekkers knew Star Trek was real, and I thought to myself it was so true. There were times when my personal life was so difficult I would simply transport myself onto the Starship Enterprise and live there for a while, having adventures and (of course) winning Worf's heart with my mixture of strength and compassion.

So, now we get to the fun part! There are some instructions below and the quote you need for your chance to win an awesome swag pack (which includes, among other amazing items, a copy of my e-book Arctic Destiny). And remember to visit all the other blogs to increase your chance to win! You can find the list of participating bloggers plus the list of prizes included in the swag pack here.

Now, go forth and explore!

Each stop contains an awesome quote from a science fiction book or movie. They are all found on out-of-this-world photos. Figure out what movie or book the quote is from and post in the Rafflecopter. DON’T post as a comment on the blog stop! That’ll give away the answers.

Have fun and good luck! 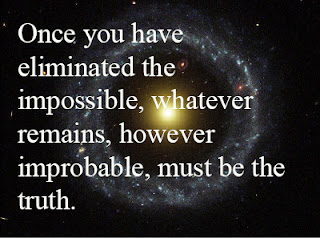 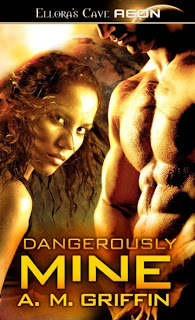 After aliens invade and conquer Earth, Eva is transported to a distant slave trading planet. Escape and freedom are her only priority, but none of her martial arts training prepared her for what she faces. She finds herself enslaved to the warrior King Taio. Eva’s drawn to this sexy alien male who ignites her heart and body.

Taio is disgusted with the idea of owning a slave—until now. From the moment he sees her, he knows Eva is his for the taking. Torn between lust and duty, Taio knows nothing will stop him from protecting his little warrior.

Publisher’s Note: This story was previously published elsewhere under the title Taken: Eva and has been revised for Ellora’s Cave.